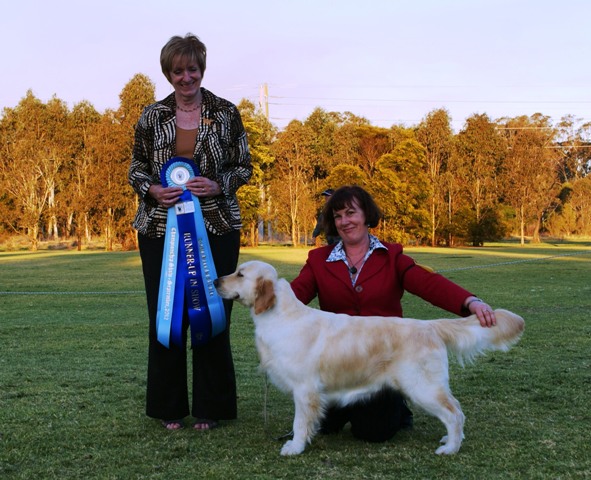 Shuvani Freya Rose: Headed a fabulous class, this beautiful girl had that extra
bloom about her that said, this was her day! Beautifully presented in full pale
gold coat with cream feathering, prettiest of heads, feminine all through with
melting expression & super pigmentation. Excellent reach of neck into well laid
shoulders, level topline & tailset, well off for bone, net feet, super
angulation fore & aft, covered the ground with a long free stride. Had
everything I look for in a Golden in spades. Hardest decision of the day was
between her and the DCC winner for BIS, ultimately he just had the edge in ring
presence but was delighted to award her BCC IIS & RUIS

The week before she took out BIG at the Romsey Ch show, under breed specialist Mr Peter Watson.

We are very proud of this lovely girl, she is certainly on a roll at the moment and just blooming.

Freyja gaining her title, with BOB at Vic Gundog 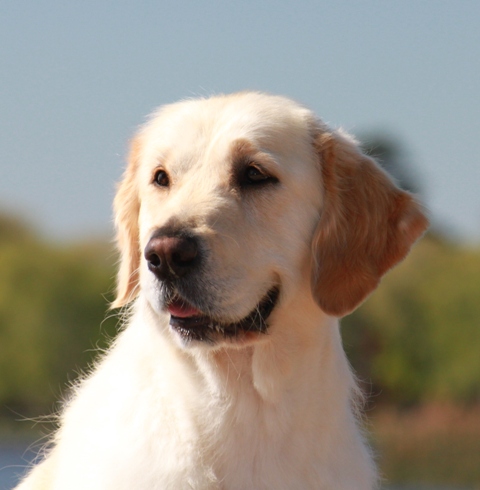 At Freyja’s first show she was third in the large baby puppy class at the 2010 GRCV Ch show, to date she is unbeaten in all her baby classes and gained Res CC at her first show in Minor at Kilmore Ch show in December.